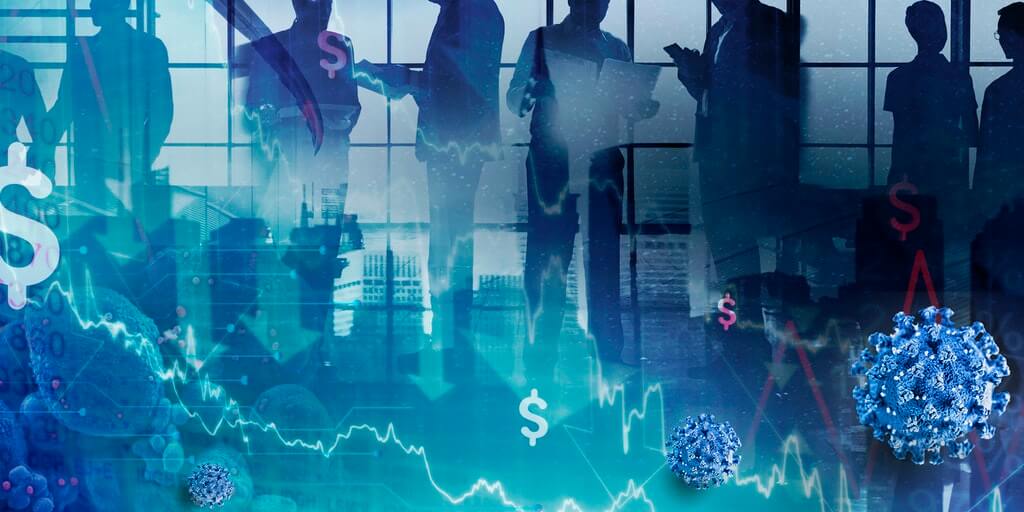 US Bankruptcy: Back to the Crisis of 2008

It’s not a surprise anymore that the coronavirus pandemic has strongly affected the financial markets. However, no one could have expected that the number of bankruptcy filings would reach records of the financial crisis in 2008-2009.

COVID-19 revealed the underlying problems of many companies. Most of them had to file for bankruptcy protection to stay afloat. As not only US enterprises are dealing with Chapter 11 cases, the list of bankrupts is enormous. Let’s consider the most famous retail firms that have to deal with restructuring plans in order to retain at least a part of their businesses.

Coronavirus restrictions forced retailers to close their stores, which led to unprecedented losses. Moreover, people reduced the number of online purchases, thus limiting companies’ chances to find a way to recover from the crisis.

J. Crew Group Inc. is a multi-brand retailer of apparel and accessories. On April 4, 2020, it applied for Chapter 11 bankruptcy and became the first national retailer in the US that filed for bankruptcy since the coronavirus spread. The company agreed with its lenders to exchange approximately $1.65 billion of its debt into equity. After doing so, the company managed to continue its day-to-day operations.

True Religion applied for bankruptcy protection on April 13, 2020. It became the company’s second bankruptcy procedure within only three years. As with the other companies, the coronavirus outbreak became a reason for the continuing weakness of its business. Before the filing, True Religion furloughed all of its employees who were considered to be non-essential.

In 2017, the company closed some of its stores, invested in e-commerce, and got rid of $350 million of debt before getting on rails.

Imagine the size of the crisis if even J.C. Penney Corporation, a 118-year-old company, had to deal with restructuring procedures. It was among the first companies which disclosed its willingness to file for bankruptcy. The company has been suffering losses for years without any ability to turn a profit since 2011. The pandemic just exacerbated its troubles.

On May 15, the clothing retailer had to consider bankruptcy as the coronavirus pandemic hit its business, causing it to go into about $4 billion in debt. During the restructuring process, the company will have to close 30% of its stores.

Hertz applied for bankruptcy protection on May 22. The company rents and leases cars and trucks in the US and internationally. The dramatic effect of COVID-19 on the travel industry caused a sharp deterioration in the company’s revenue and future bookings. 12,000 of the Hertz’s employees in North America have lost their jobs, and 4,000 are furloughed. Like other giant companies, Hertz plans to stay in business during the restructuring process.

Just a month before filing for bankruptcy protection, Hertz was under suspicion for giving million-dollar bonuses to its executives.

On May 7, 2020, Neiman Marcus decided to file for bankruptcy protection after the dismissal of 14,000 employees. The company’s debt amounted to $4.8 billion.

Neiman Marcus was founded 113 years ago. Before filing for bankruptcy, the company had 69 stores. Neiman Marcus’s problems started a long before the coronavirus spread. Firstly, the business had been struggling due to the increasing trend of online stores. Secondly, it was taken private by Ares Management and the Canada Pension Plan Investment Board for $6 billion in 2013.

Again, this company’s problems go back before the crisis started expanding. Nevertheless, the prolonged store’s closure led to the final step. On May 27, the company filed for Chapter 11 bankruptcy protection. To reorganize the business, Tuesday Morning will have to close nearly 270 of 700 stores in the US.

Although other retailers still have chances to recover, Pier 1 has lost its opportunity. The company applied for bankruptcy protection on February 17. In June, it received permission from the bankruptcy court to shut down its business forever. The company will have to close all its stores by the end of October. The company is supposed to sell its intellectual property within several months.

Like other companies, Pier 1 was in trouble before the pandemic. Before February, it planned to close 450 of its stores and lay off its employees to cut expenses.

Although the coronavirus spread seems to slow down, analysts expect a continuing increase in bankruptcy cases.

Nordea predicts the market will experience a wave of bankruptcy in the US. To confirm the rise of filings, the bank counted the interconnection between the unemployment rate and a number of bankruptcy cases within 15 years. It’s worth reminding the unemployment in the US has reached 14.7%, the highest level since the Great Depression.

To conclude, although many retailers have been going through hard times, following bankruptcy procedures doesn’t mean that a company will be kicked out of the market. A Chapter 11 filing allows a company to restructure its debt and return to business. Many famous companies have dealt with bankruptcy and got back their success.

Nevertheless, investors should be careful as the number of bankruptcy cases will rise until the financial markets recover from the coronavirus pandemic. If you fear to invest in the wrong company, seek counsel from experts. Einvestment professionals are always informed about the latest market events.