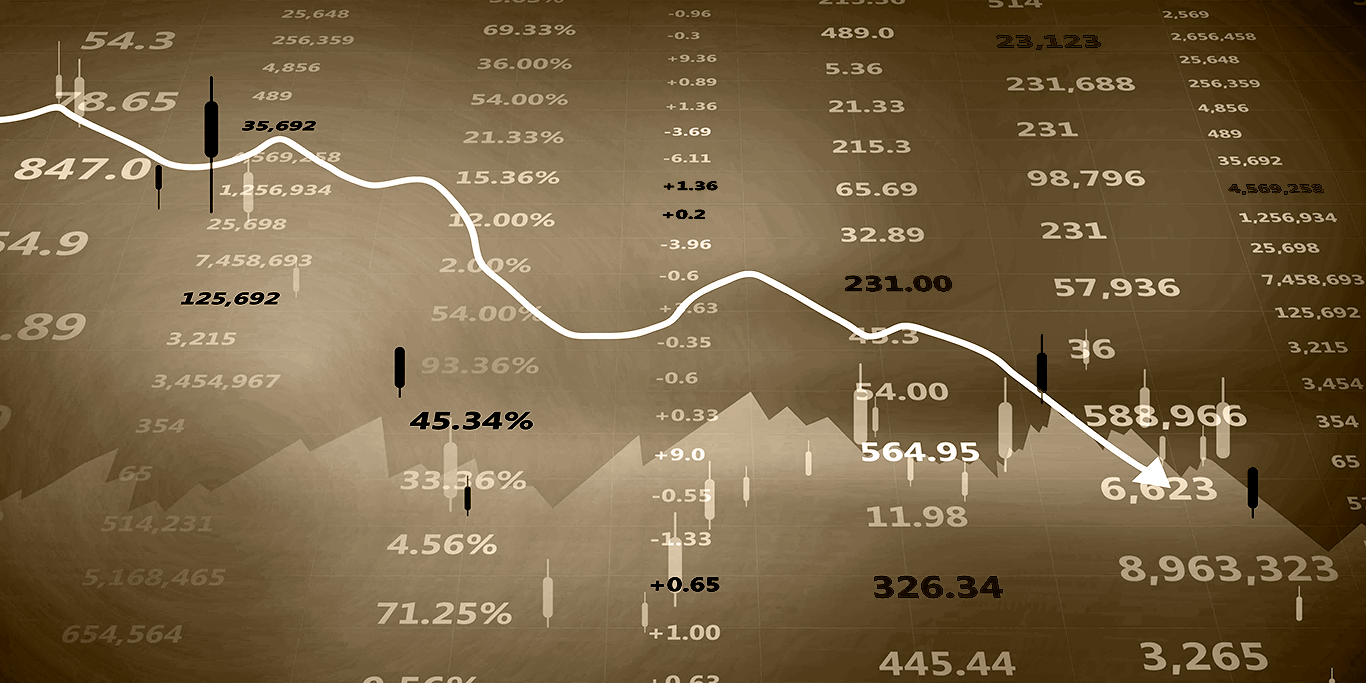 Stock market crashes are inevitable, but the market can also recover in a short period. That is what we have seen over the past hundred years. The coronavirus has revived the fear that stocks can crush, so many people are concerned about investment management.

Stock market crashes are market downturns, and they can last for one day or significantly longer. As a result, millionaires can lose everything in a moment. It occurs if a high-profile market index, such as the Dow Jones Industrial Index or the Standard & Poor`s 500, bottoms out, and investors become sellers instead of buyers in a moment. In fact, any market day where stocks fall by at least 10% is regarded as a market crash, although these days occur quite often.

The real number of stock market crashes is a hard thing to say, so historians have different opinions on that. However, there have been six largest market downturns, where the market lost more than 10% of the value.

Historically, the first stock market crash was recorded in 1634, and it was also the first time when the speculative bubble burst. The reason was a beautiful flower – tulip. When it appeared in Europe, the fact that it was a rare plant caused high demand among the Dutch elite because they perceived it as a status symbol. Prices skyrocketed, and soon even middle-class speculators started buying up all the flowers. After some time, people became less interested in tulips, so speculators went bankrupt forever.

Due to the tulip collapse, the Dutch economy fell into a depressionary tailspin, and it managed to recover only after a few years.

The Stock Market Collapse of 1929

The first large stock market downturn was in 1929 when the “Roaring 20s” economy ended after a decade of success. Speculators went wild in the stock market in the case of commodities, such as autos and homes, and many investors borrowed a lot of money to buy stocks. As a result, they failed to meet their debt obligations when the bubble popped. The USA economy managed to recover only after 12 years, and this period is known as the Great Depression.

The Stock Market Crash of 1987

The largest single-day market loss in the United States happened in 1987. Apart from the highly leveraged borrowers and a fair share of speculators, the crash had one new thing added to the bubble-popping mix: technology.

On Black Monday, sellers dominated the market, while investors panicked and started selling aggressively. The process continued all day long, and computer trading made it even faster and easier.

When it was over, the stock market lost approximately 23% of its value. The outcome was another 12-year period spent to recover the economy. The good part is that they installed circuit breakers to computer trading platforms, and market executives can stop it when necessary.

This crisis had an influence over a number of Asian economies and became a global issue when it affected countries like Brazil and Russia. It all started in Thailand in 1997 when investors from foreign countries lost confidence because the country`s debt was growing. Gradually, it spread to other countries, including South Korea, Malaysia, Hong Kong, Indonesia, and Laos.

As a result, the currencies of the mentioned countries were affected. For example, the Malaysian ringgit was down by 45%, while the Indonesian Rupiah fell by 80%. It lasted for one year, and these countries had to face a drop in capital inflows of over $100 billion.

Some market collapses occur unexpectedly and instantly, just like in 1987. It lost 23% in just one day! In that scenario, technology was involved again because many investors were interested in internet stocks in the 1990s. Hence, new companies, such as Pets.com, AOL, GeoCities, Webvan.com, and Globe.com, were extremely successful.

The initial asking price per Globe.com share was $9, and that day it was $87 per share. The company managed to raise $28 million in its IPO, while its market cap was around $842 million.

However, Globe.com fell out of favor, just like many other dot.com companies, in two years because investors started avoiding highly inflated tech stocks. In the outcome, the company ended up with 1 dollar per share and was delisted by Nasdaq very soon.

Many people do not know how close the USA economy came to collapsing when there was the stock market crash in 2008-2009. The thing is that Wall Street banks almost turned down the most successful economy around the globe because of their high-risk trading practices.

The collapse occurred in 2008 because mortgage-backed securities were widely applied. The value of these products declined as housing prices receded. Consequently, financial institutions went to bankruptcy, as fewer homeowners were able to cover their mortgage loan obligations.

Even the most successful economy cannot avoid a stock market crash, and it has happened many times in different countries around the world. The reasons for that can be different and tend to be connected with time, trends, and investor interests. At the same time, some countries can improve the situation quickly, while others have to struggle and manage to overcome the crisis after ten years. As of now, we recommend to take a closer look at performing mutual funds.

In fact, most markets get a chance to recover at some point, and that is what they do. They have their own ups and downs, and it is crucial for investors to learn to live with market fluctuations. Even though seeing a stock market crash can be stressful, there will be less harm if you act in a sensible way.